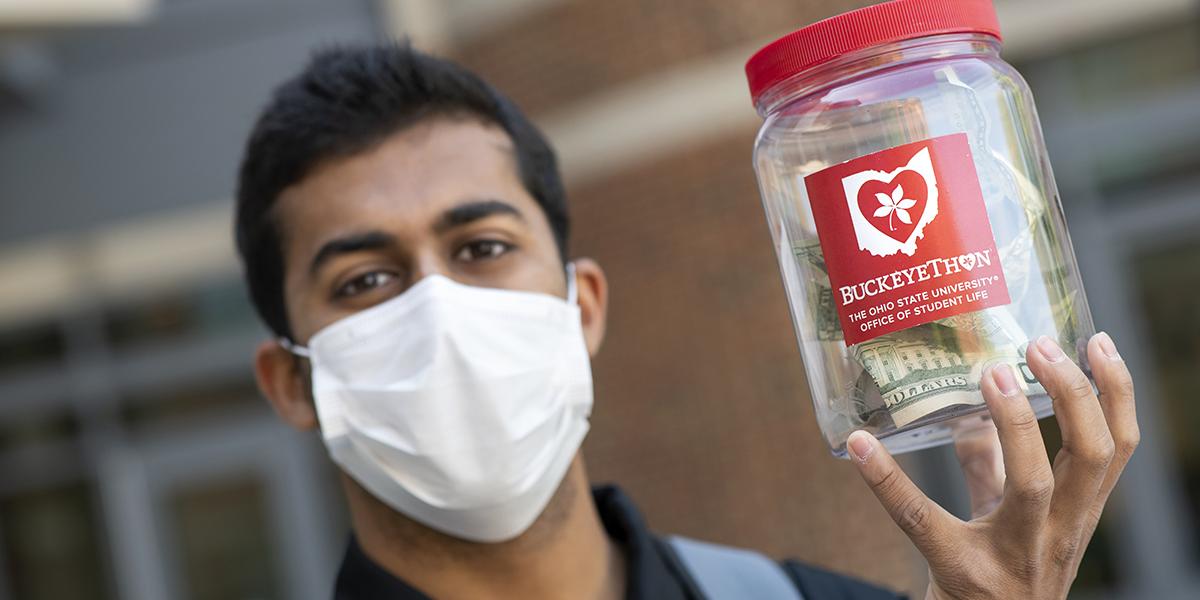 Anand Shah is a 2021 The Ohio State University graduate who has stepped up to serve others on our campus and beyond. A Biomedical science major, Shah has focused his work on helping to improve children's health.

What’s Next: Shah will be a business analyst on health care projects at McKinsey & Company. After two years, he will begin an MD/MBA program focusing on pediatrics before ultimately working in hospital administration.

“I’ve found a mentor at Ohio State for every facet of my life,” Shah said. “That’s why I love Ohio State. The culture is ‘How do I help other people?’ I would be nowhere without my mentors.”

Promoting Lifelong Health: Shah has a passion for helping children lead healthier lives. Three initiatives and organizations he’s devoted to illustrate this: SmileChild, BuckeyeThon and Nike Project Move. His undergraduate research, recently presented at a national conference in Oakland, California, on health disparities and at the Denman Research Forum, is dedicated to infant mortality and maternal health.

SmileChild: As a freshman in the Eminence Fellow Program, Shah co-founded SmileChild, a nonprofit that fights infant mortality in Columbus through an app that provides mothers with education and resources.

“We fight infant mortality so every child has the chance to smile,” Shah said. “The app incentivizes mothers to learn about infant health and maternal health with the sole focus of being able to improve their lives and the lives of their children.”

Shah and his team have started doing large-scale trials through the Wexner Medical Center and Nationwide Children’s Hospital to test the app’s efficacy, which could mean considerable future funding.

“It’s been phenomenal to see it grow,” Shah said.

BuckeyeThon: The student organization fights pediatric cancer and child-related illnesses. This year, the annual dance marathon was virtual. And even in the midst of the pandemic, the organization marked its 20th anniversary by raising over $2 million for the first time.

“Our mentality this year was pediatric cancer didn’t stop because COVID was here, so we’re going to continue to show up and raise money,” Shah said.

Serving during the Pandemic: “Although this has been a bad year for a lot of reasons, it’s brought out the best in people. It’s demonstrated the pride and devotion people in our community have for wanting to give back.

“In a year when everyone was supposed to be far apart, everyone came together. This year really proved people in Columbus and at Ohio State aren’t just in it for themselves or when it’s easiest. They’re in it for the sake of being devoted to the causes they care about. And pandemic or not, they’re going to make the things they care about work.”