Our mission is to foster in our students an ethic of service and to develop leaders for a diverse society.  We carry out this mission through a series of educational, social, and academic events and activities. Hosted by the Office of Student Life, Mount is a two year scholars program. Once you complete the program, you have the opportunity to continue your involvement as a Post Mount (third and fourth year Mount Scholar) Post Mounts stay involved until graduation and beyond. No wonder our motto is: Together for Good!​

Discover the steps to apply for this program.

​For more information regarding the Mount Leadership Society Scholars program, contact the program coordinator, Kathy Krajnak at krajnak.2@osu.edu​ or at 614-292-5768​.

Mount is strong in tradition. From our Launch Week program to our end of the year Celebration Ceremony, Mount has many intentional activities and events. While we focus on leadership and in-depth community service, you also get to connect with prominent OSU faculty, staff, and alums, learn about yourself, and engage with social change agencies.

The series of Mount events and activities combine to build your skills, empower your sense of commitment, and prepare you for the future. Know that as a Mount Scholar, you get to be part of something great. Be sure to take full advantage of all that Mount has to offer.​ We pride ourselves in wanting to make a difference and taking action.

Each Scholars Program features a first-year residential community that provides students with a peer-network of high-ability students with similar interests. First-year Mount Leadership Society Scholars students are given priority to live together in Bowen House.** Commuters are welcome to be a part of our Scholars programs.

**Please note that space in the prescribed residence halls is not guaranteed and students can be placed in other accommodations due to program demand if necessary. 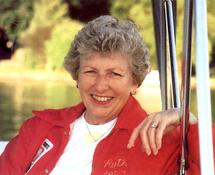 The Mount Leadership Society Scholars Program is named in honor of the late Ruth Weimer Mount. Ruth joined Ohio State as the Assistant Dean of Women in 1953. Later after holding other numerous positions she was named the first Dean of Students in 1968. During her career, Ruth also served as President of National Mortar Board Inc., the Association of College Honor Societies, and the National Association of Women Deans, Administrators and Counselors.

After stepping down as Dean, Ruth continued her work in various volunteer roles for Ohio State and the community, including involvement with the OSU Hospitals Service and Executive Boards, the Alumni Association, the University’s Women’s Clubs, Planned Parenthood, Columbus Symphony Orchestra, and Franklin County Children’s Services. Of Ruth’s life and legacy, one friend said, “Ruth Weimer Mount was the consummate volunteer. All that she did was directed at improving the quality of life for others, particularly young people.” Another stated, “Ruth Mount was a unique mentor. Her guidance, grace, and leadership will serve as an example for the rest of my life.”

After Ruth’s death in 1997, the university wanted to honor her extraordinary commitment to leadership and service. While many options were considered, the university decided it would be most fitting to create a living, learning community of students to carry on her legacy of leadership and service. The Mount Leadership Society is an appropriate and fitting tribute to a woman who dedicated herself to The Ohio State University, public service, and student development throughout her extraordinary life and career.

The Mount Leadership Society was piloted with 52 students in the first class of 1999. Students were selected based on their interest in leadership and service. They were paired with a university mentor, engaged in service projects, and enhanced their leadership skills.