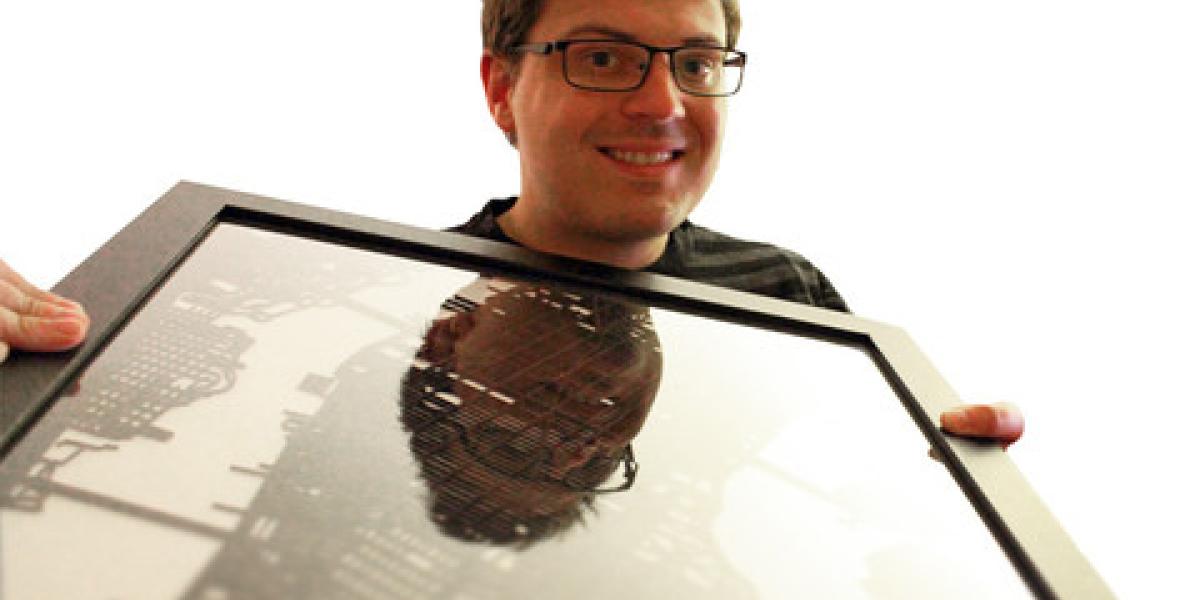 We have all heard the cliché: a new, unfamiliar experience- for example, starting out college- is a bit of a metaphorical roller coaster ride.  Before departure, there are nerves and excitement, and the journey itself is full of unexpected twists and turns, inevitable ups and downs.  For Dan Linden, 2010 graduate of The Ohio State University, the roller coaster metaphor takes on even deeper significance.​

Linden is originally from Cincinnati, right near the well-known Ohio amusement park, King's Island. Living in such close proximity to so many of the state's great thrill rides, it is not entirely surprising that his career interest had close ties with these rides; ever since high school, Linden knew he wanted to be an engineer, and hoped to eventually design roller coasters.  With a goal already in mind, choosing where to continue his education was the next step.  Like so many high school seniors, his college decision came down to two different schools, but he adds that the choice was not all that difficult.  He explains, "My sister and best friend were already at OSU and honestly, the OSU campus was much livelier.  Columbus as a city is really great. It didn't take me long to decide."  So began his journey as a major in Mechanical Engineering at The Ohio State University.

Linden found his place with the ComTech (now Media, Marketing and Communication) Scholars in Nosker, where his co-ed floor was full of other students interested in technical majors.  His claim to fame in Nosker was recording songs, which were played at the quarterly meetings.  Reflecting on his own college experiences, Linden now attests to the value of being part of the scholars program.  "I am still, after 8 years, really good friends with about six or seven people from my floor freshman year.  Scholars was great because it put a bunch of similar people in a small building and let friendships grow," he recalls.  In addition to being part of the Scholars program, Linden's undergrad experience also included starting up a new club.  As most students here are aware, it only takes a few passionate students to create a club, so he and his friend were able to form a Theme Park Engineering group.

Upon graduating, Dan Linden's own metaphorical roller coaster ride has been traveling steadily uphill.  His dream of designing roller coasters proved to be entirely attainable, and before he had even graduated, he had already received full-time employment at a toy roller coaster company.  Next came an unforeseen twist: One day, while playing around with the laser cutter his company used to cut custom roller coasters, he decided to create something that reminded him of Columbus.  Ingeniously, he used the laser to cut out an intricate map of Columbus.  Once word of this project spread, other cities wanted their own versions.  (In fact, the YouTube video featuring the production of the Columbus cut map ended up on the Discovery Channel in Canada.)  Lo and behold, Linden ended up starting his own company, Cut Maps.

Of Cut Maps, Linden predicts, "I would love for the company to continue to grow, and I think it will. Maps have such a universal appeal across the entire world. I think we've just hit the tip of the iceberg."  However, in a slight metaphorical downhill, he regrets that he now spends more time making maps than he does working on his original passion, designing toy roller coasters.  He hopes the map company will someday be self-sufficient enough to allow him to devote more of his own time to roller coasters.  Based on his previous success, this plan will probably come to fruition in the near future.

What about advice for new OSU students, some of whom may have dreams as thought-out and specific as his had been, and others still discovering where their passions lie?  Having been in their place not long ago, Linden encourages students to make the most of their freshman year.   "It doesn't all have to be scholarly," he reminds.   "There is nothing like the Ohio State experience, and combining that with the really cool things Honors and Scholars has, your year is going to be amazing."  Dan Linden's story shows that despite the sudden turns and plunges life can take, students should look forward to the anxious thrill of the uphill journey…the journey to the top.